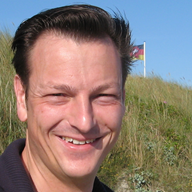 Ingo is our club president and is currently occupied with a lot of the organizational things needed as well as dealing with authorities, police and other official bodies within the town of Celle so that we are able to celebrate a great Vespa World Days 2017.

Ingo was 19 when he bought himself a Vespa P200E (manufactured in 1983) in 1990 – basically: it was trendy.  A short time later it was kitted out with a 210 Malossi and was used for a lot of tours. This scooter is currently in pieces in his garage, waiting for a new paint job.  That is the reason why Ingo’s current day to day scooter is a PX80 with a 139 Malossi.

In the following years, two chance finds within his group of acquaintances were added to his collection: a 90 Super Sprint and a Hoffmann HC.  For his wife he has an ET2 in the garage.

The Vespa Club Celle and his circle of friends overlap to a great extent.  Many of them have moved to all corners of Germany since school and college, but the contact to one another has remained.  Hence the scooter tours today are almost always with the same group of people as then.

Out and about almost every weekend

His first rally was the Scytheman Run ‘91 in Trittau. He had no idea what to expect…

That was the first of many scooter runs to come.  In the following two years he was on the road every two or three weeks. As time went on such tours became fewer.  The Vespa World Days 2016 in St. Tropez, France were his furthest trip, unfortunately – because of the lack of time – his scooter had to make the trip in the boot of his car.
During the Eurovespa 1998 in Groningen, Ingo had the hair-brained idea, that he would like to see something similar in Celle. This „hair-brained“ idea will become reality this year – 19 years later!

The scooter boy crowd and the VCvD (German umbrella organization) are both integral parts of the Vespa crowd! When he went to his first runs in 1991 he didn’t even know that the VCvD existed. In 1995 the Vespa Club Celle planned ist first „Heidetreffen“ scooter rally.  In the years since then this has proved that both worlds can fit together.

Ingo finds that scootering is first and foremost a leisure activity, tours, visting friends but also a vehicle which can easily be used in the town, with no traffic or parking problems.  He rarely uses it to go to work as going by car pool means he can occasionally sleep on the way.

Scootering to the beach

Ingo’s best scooter experiences include the tours to Sylt! The combination of Vespa tour with friends, the North Sea and parties on the beach was simply great.  Vespa driving, Vespa tuning, repairing and restoring are an important part of his life.  Even more important is the resulting contact to many amazing people with similar interests.

Ingo hopes to get to know many new people during the VWD 2017 as well as to meat old acquaintances and friends. That is why he is looking forward to the start oft he VWD, when the first guests arrive and (hopefully) all the preparations are completed! He hopes to celebrate for 4 days with Vespa as the focus and to offer all the guests a great party.

When it is over, Ingo wants to relax.  As in every year he is planning on spending a few days on the island of Wangerooge and a week in Bavaria mountain biking. 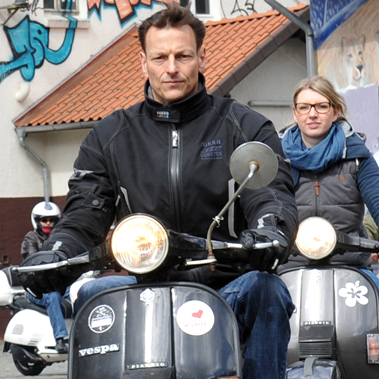