The Vespa World Days 2017 will be from 22nd – 25th June in Celle under the patronage of the leader of the German state of Lower Saxony Stephan Weil, MdL. The international rally, which expects five thousand or more Vespa fans from almost all European countries as well as all continents, will be opened by the Lower Saxony minister of economic affairs and transport, Olaf Lies, MdL, (enquired).

If you would like to cover the Vespa World Days 2017 in Celle, accreditation can be completed starting 1st February 2017 by E-Mail – press@vespaworlddays2017.com. Please send us a copy of your identification card as well as any information about which media you wish to report for.

Naturally we are able to offer you and your editorial department specialized interview partners. Should this be required, then please contact us for an appointment.

The press office will be setup from 22nd to 25th June near the entrance to the so-called “Vespa Village” which can be found on the site of the CD-Kaserne, Hannoversche Str. 30 B, 29221 Celle. Further details to availability on site as well as a map of the area (including parking possibilities) will be sent with the accreditation.

All events will take place in the “Vespa Village”– from the opening ceremony to various evening entertainment events, as well as the vendor area. The only exception is the Vespa Museum, which can be found in the Niedersächsischen Landgestüt Celle, only a few minutes walk from the CD-Kaserne.

Press release 01: Vespa – a lifestyle of its own 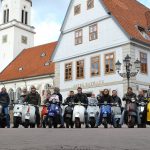 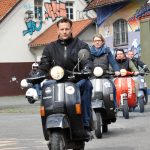 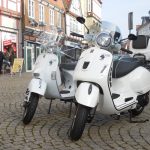 Older or brand-new: a Vespa PX (left, from 1977) with 2stroke engine and manual 4 gears as well as a current Vespa GTS (right) with a 4 strike 4 valve engine, ABS and ASR

Press release 02: All around the globe – Vespisti are preparing themselves for Celle 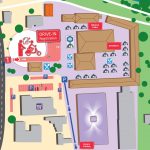 A rough guide to the „Vespa Village. 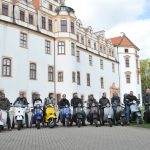 Members of the Vespa Club Celle (VCC) in front of the ducal castle, former home of the Braunschweig-Lüneburg family. 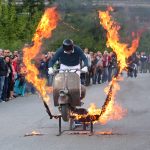 The Vespa Oldtimerfreunde München will present a top-class show.

Amazing acrobatics – with up to twelve people – will be shown by the Vespa Oldtimer- freunde München. 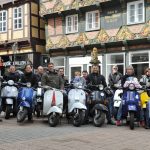 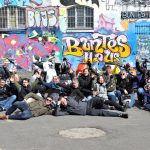 Press release 03: Not only the Mona Lisa – Vespa has been declared a work of art 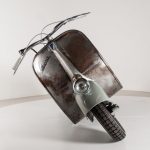 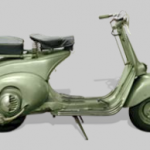 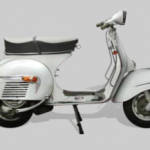 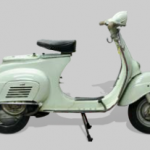 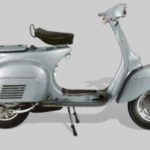 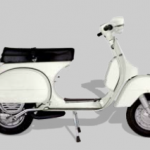 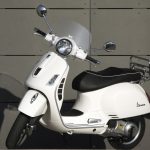 Press release 03: Not only the Mona Lisa – Vespa has been declared a work of art

…about us can be found on the following page.