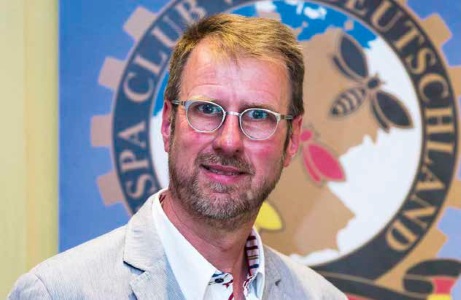 As tourist commissioner for the Vespa World Club (VWC) committee, Uwe is the perfect contact to the VWC, to Piaggio and to the other national presidents.

Uwe has been riding a Vespa since 1989. He started off in a local club, the VC Düsseldorf e.V. and was active in various positions before he was elected into the Vespa Club von Deutschland (VCVD) committee in 2001. He has been president since 2011. During his term of office both German Vespa Days in Herten have taken place as well as the introduction of the German Vespa Rally. He has no reservations,
towards tourist or sport drivers,
towards those who prefer manual or automatic machines,
towards the experienced scooterists or the younger generation,
towards the long establisched clubs nor the newly formed.

Vespa is his life

Uwe drove daily to work in Düsseldorf on his modern Vespa GTS 250, a distance of 30km, hence achieving almost 10,000 km a year. Even now his yearly kilometers travelled are in the upper four digit area. But his heart beats for old timer, even though he is not a talented mechanic. Hence he has 2 of the last German models made, the Vespa GS 4 in the collection he has with his wife Sigrid. Together they visit many Vespa events both in Germany and abroad. Uwe participates in various VCVD sporting competitions. He considers the Vespa Rally, a combination of touristic tour of more than 200km and the need for precision the most interesting. These have taken him not only through Germany but also to Austria and Italy. He got to know corners and roads which he never would have discovered otherwise. There are almost no European countries which he hasn’t visited with his Vespa. These include longer tours, last year this included Prague.

Uwe’s work for the VWD2017 is mostly administrative. He is very involved in the registration process. He is contact person both for the German but also for clubs from other countries. During the event itself he will have many representative duties. He is looking forward to a perfectly planned and organised – by the Vespa Club Celle – event with many old acquaintances and new guests from near and far.

Uwe will have holidays after the Vespa World Days as well. Destination Scotland, where – as chance will have it 🙂 – the British Vespa Days can be visited. 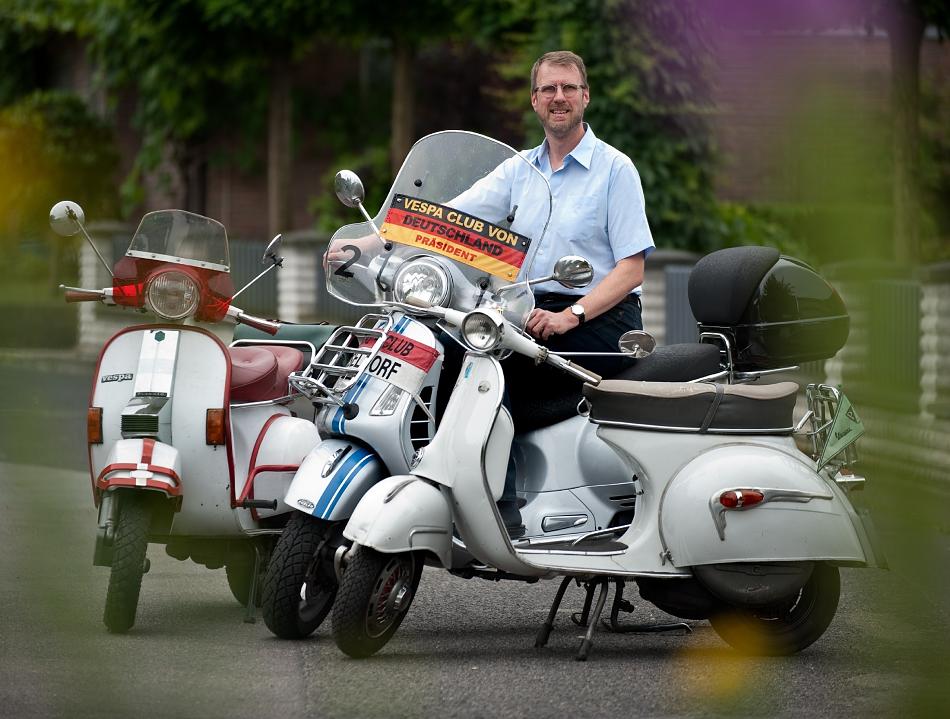